The Olduvai Gorge or Oldupai Gorge in Tanzania is one of the most important paleoanthropological sites in the world. The British/Kenyan paleoanthropologist-archeologist team Mary and Louis Leakey established and developed excavation and research programs that have invaluable in furthering understanding of early human evolution.

In July of 2019, the Olduvai Gorge Monument was erected at the turnoff to Olduvai (Oldupai) Gorge from the road which connects Ngorongoro Conservation Area and Serengeti National Park. The monument consists of two large-scale models of fossil skulls which sit atop a large pedestal. The fossil skulls depict Paranthropus boisei and Homo habilis, two contemporary species which were first discovered at Olduvai Gorge. 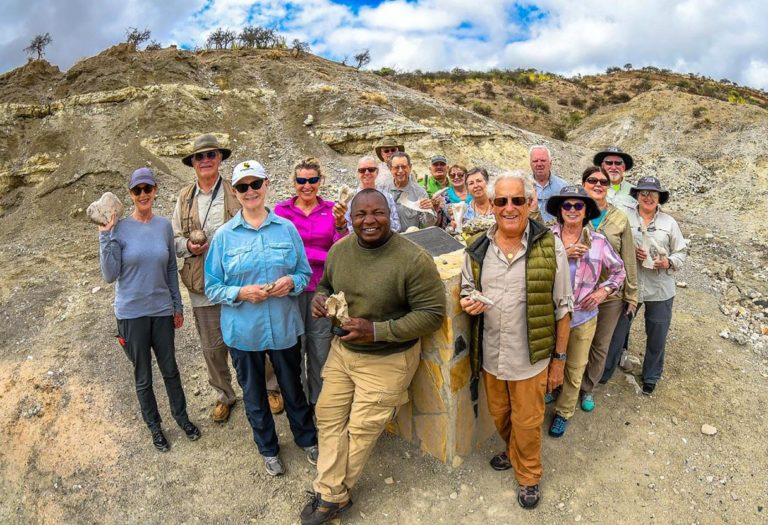